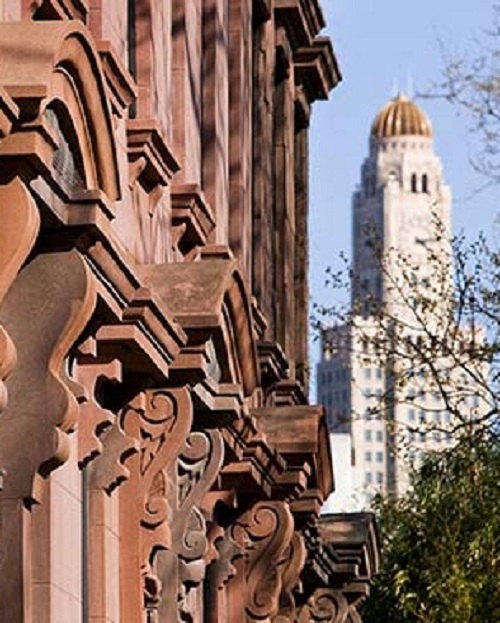 The famous Williamburg Savings Bank building, aka One Hanson Place as seen from State Street. 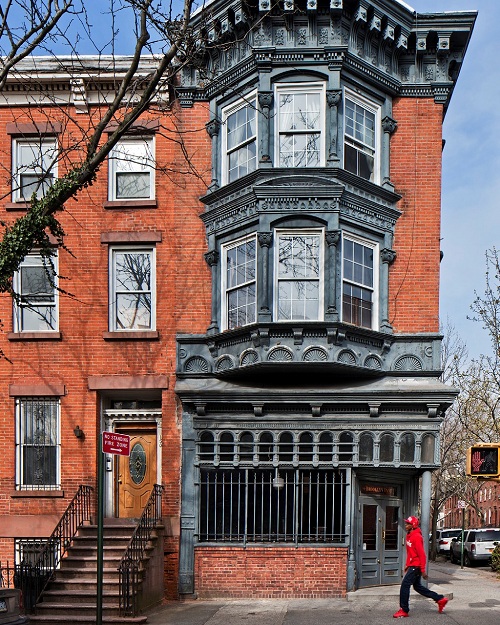 Our historic hangout, the Brooklyn Inn at Hoyt and Bergen Streets. 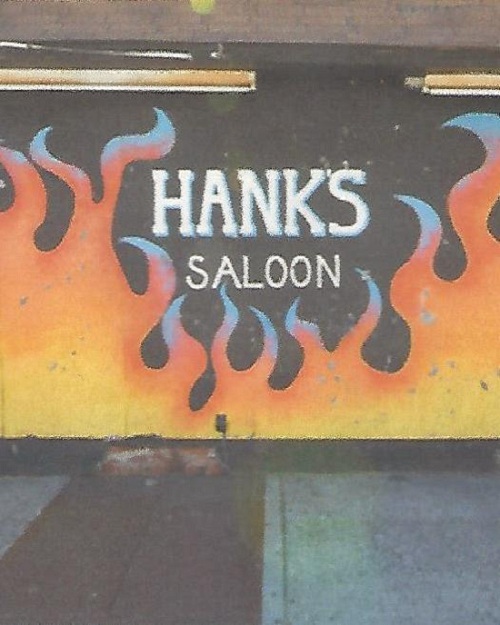 Brooklyn began here. The land that became Boerum Hill was part of the town of Breuckelen, one of the six original towns that made up what is now the borough of Brooklyn. Read the article by April Panzer.

Modern Boerum Hill began in the 1960’s when a new resident, Helen Buckler, saw possibilities in the old brick buildings. She moved from Manhattan in 1962 and began renovating her brownstone - she had affection for fireplaces, so she opened four in her home.

She gathered a few neighbors to create a neighborhood association but initially it didn’t have a name. She wanted a name that would conjure the charm of the well-established neighborhoods like Brooklyn Heights and Park Slope.

Ms. Buckler considered the name Sycamore Hill until a trip to the Brooklyn Historical Society led her to discover a map from 1775 depicting the 80-acre farm of Simon Boerum. Although there was no hill at all, the name Boerum Hill was adopted for the association in 1964.

It took a while for the name Boerum Hill to take hold but in a few years, other renovation-minded homeowners purchased buildings and rolled up their sleeves. For the next decade, these families were bound together by trading tips about the best ways to renew these old homes.

You can read about some of the modern history in the following articles.

This great New Yorker article by Jervis Anderson written in 1977 chronicles “The Making of Boerum Hill.” Read about the early days that led to today’s renaissance.

Long time Boerum Hill Resident L. J. Davis, a journalist and novelist who wrote about money and business, real estate and home renovation, the Industrial Revolution and his beloved Brooklyn, often with wry or sardonic humor, passed away in 2011 at age 70. This pamphlet was originally composed in 1967 and reprinted in 1973. A History of Boerum Hill.

Resident T. G Butson wrote about the Boerum Hill Community while at Long Island University in 1971. He received an “A” for his effort. This paper is in 4 parts. Boerum Hill A New York Community

Resident Wendy Smith this wonderful and warm profile for Preservation Magazine in March 1998. Read why we choose to live here.

In 2000, the Atlantic Avenue Betterment Association produced a beautiful walking guide the avenue's history. The neighborhood has changed since then and continues to change. Take a walk through the pages.

Smith Street has evolved. Read Discover Smith Street, a school project and this 2001 profile from the New York Times.

For more than three decades, starting in the 1920s, the Mohawk Indians from the Kahnawake reservation near Montreal, Canada, made the Boerum Hill section of Brooklyn their home away from home. This close knit community grew and prospered and left their stamp on Brooklyn, as well as on the skyline of New York. At a time when New York was being transformed, skyscraper after skyscraper, Mohawk men began making the journey from Kahnawake to New York, looking for work on steel constructions as riveters and iron workers. The beloved and now shuttered, Hank's Bar once called the Wigwam, was one of their after work hangouts. Read their history as written by the Brooklyn Public Library. Watch this short video for some personal history.

The Atlantic Avenue Local Development Corporation (AALDC), a non-profit that provides advocacy for the avenue and presents the Atlantic Antic shares some history. Go to their website to read more about their mission.

The Atlantic Avenue Business Improvement District (AABID), promotes the more than 300 businesses from the river to Fourth Avenue. Using tax dollars, they are able to support marketing, promotions, street beautification, cleaning and more. Their history page is entitled, "Why Atlantic Avenue?"

Our Newsletter page has more history as well as information about local issues.

From 1982 - 2003 Jerry Johnson's Orange Outdoor Advertising painted the side wall of the building at Nevins and Atlantic with large murals flogging an array of fuax products. Long painted over but worth remembering..