The BHA supports criminal justice reform and agrees with the moral imperative to close Rikers Island. 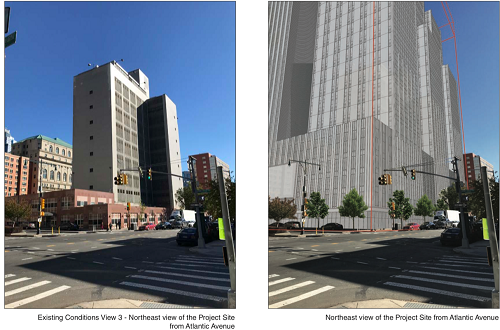 The current building, left, and outline possible in red, right 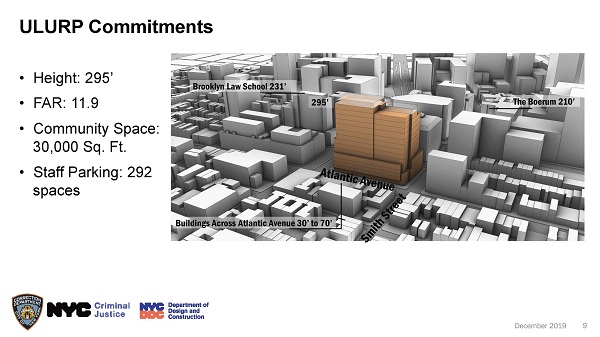 The community input process was extremely frustrating. City representatives sought our approval when we clearly did not agree with the approach.

We appreciate the inclusion of off-street parking, to solve a long standing parking abuse problem that plagued Atlantic Avenue merchants, and the offer of a community space on the first floor. However we are concerned that the scope, scale and bulk of the proposed new Brooklyn jail will be grossly out-of-context. We fear the City will want to use every inch of the allowable height and bulk. Notice the current building is a tower setback on a base.

We are currently attempting to get our first design meeting with the City administration. Staff changes and some confusion has delayed this meeting. Local stakeholders, a group of nearby residents representing several buildings, want to know about the take down of the building, the construction process and want to comment on some of the design.

As I update this page, the City is battling the Covid-19 virus. Capital spending will be suspended. This gives us an opportunity to reimagine this building to ensure the safety and health of the Corrections staff and detainees.

Once again we ask the City to consider a smaller facility here and a second facility deeper in the borough.

In any circumstance, the City will also need to keep its pledged $391 million financing for programs targeted to reducing the detainee population.

We recommend some reading.

The final Neighborhood Advisory Committe report is here. The final plan from the Mayor's Office of Criminal Justice (MOCJ) was released in December 2019. Also read Deputy Mayor Dean Fuleihan's "Points of Agrement" document that outlines the City's reform commitments to each borough with detail about funding and programs.

The Marshall project, a non-profit publication asks if the City can build its way out of mass incarceration.

The path to true reform is complicated but the outcome is vitally important.

The BHA supports criminal justice reform and understands the moral imperative to close Rikers Island. However, once again, we are concerned about a building that is completely out-of-scale with its immediate neighbors.

We are concerned about the building’s 295-foot height and potential bulk. Promised design meetings haven’t been convened yet, increasing our concern.

There are many issues and the City must stay on track with the support services throughout Brooklyn that will ensure a reduced detainee population.

We continue to seek a plan for an 800-bed, state-of-the-art facility, to see what shape and size would result. There has yet to be a response to this request.

If you believe you can significantly reduce the jail population then we must work toward that goal using many initiatives and not just four large jails.

We support State and City legislation to assure bail reform and we support full discovery. Remove the detainees with severe mental health issues and move them to an appropriate facility now and build more of these facilities (how many beds exist now? How any more can be added?) The mentally ill chemically addicted (MICA) should be housed in a therapeutic environment. This is a medical issue not a criminal one.

We do not believe a mega-jail will serve the Criminal Justice goals. Due to its large size and population, Brooklyn should have at least two jails. 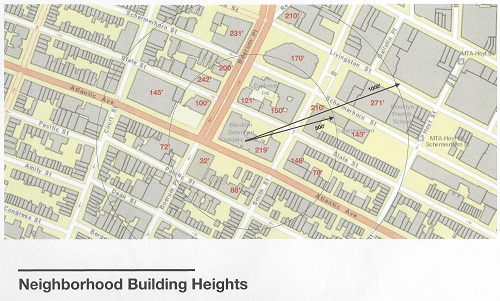 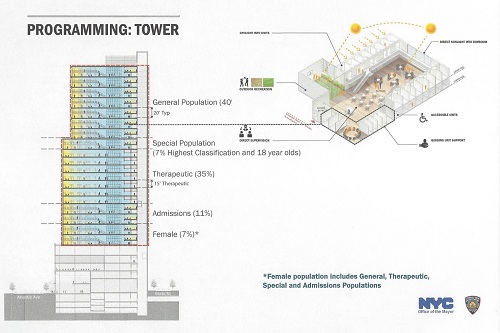 A possible design for the building with a sample floor plan